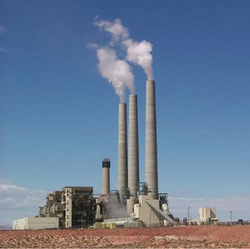 Auerbach v. Assessment Appeals Bd. No. 1 for County of Los Angeles (2006) 39 Cal. 4th 153 (Supreme Court held that tenant-owned improvements were subject to reassessment if lessor of underlying land transfers their interest so long as the remaining term of the ground lease is less than 35 years)

AES Alamitos, LLC v. County of Los Angeles (2006) 2006 WL 1216795 (unpublished) (Appellate Court agreed with taxpayer that prior valuation by Superior Court was binding on County for property tax purposes and ordered assessments to be substantially reduced)

Dyanlyn Two v. County of Orange (2015) Cal.App.4th 800, 184 Cal. Rptr. 3d 88, 2015 (Appellate Court agreed with taxpayer that the Assessor could not ignore a separate transaction that had an independent business purpose. For the first time, a taxpayer overcame the Assessor’s use of the step transaction doctrine to reassess property.)

We will respond to your inquiry in a timely fashion. Thank you.